There is a tidal wave of 360 degree cameras coming at us now. 360 video production is surging. And manufactures have many more waves of 360 video cameras coming ashore rapidly. These aren’t mellow spilling waves. We’re talking unpredictable plunging and collapsing waves of 360 camera technology. We can’t be totally prepared for the turbulent advances in technology, but we can adapt our 360 degree video production skills to fare better during the surge.

VR viewing devices and especially smart phone screens are in their VR infancy. The resolution and frame rates are low. Do you want your hard earned 360 video footage to look good a few years from now? Capture 360 video at the absolute highest resolution possible. At the high end professionals are capturing at 8K resolution with six GoPro’s and other turnkey camera systems like the Nokia Ozo ($5000-$45,000). At the low end with 360Fly and the Ricoh Theta the resolution is HD to 2K ($200-$400). Yes, not all 360 video cameras are created equal.

The other key to future proofing your 360 videos is use the highest frame rate. With head tracking and movement in 360 VR video a higher frame rate like 60fps is a better experience. 8k at 60 frames per second is still far out at sea, but 8K 30fps is achievable now with a mid range GoPro rig. And maybe 4K/60 with the Sphericam 2 if and when it ships.

Composing a scene for a 360 sphere is more complex. The blocking of actors and placement of props that support the narrative have a different spacial relationship. The 360 degree cameras use super wide fisheye lenses. This distorted wide field of view (FOV) initially looks like everything is far away, when you look at the raw video. Mobile VR and HMD’s divide the equirectangular video frame in half. One screen for each eye. Then put on a HMD or mobile VR phone screen a couple inches from your eyes and the FOV feels like 25º degrees. Thomas Baekdal calls it the binocular effect and has a great article about this here.

When I want an main actor to appear life size in the final footage from a 360 degree camera, I place them 2-3X the distance from camera that I normally would. Think of a news reporter. Normally they are 3-4 feet from camera. In 360 video production that would be 6-10ft from camera. Remember that humans perceive proximity as intimacy. That can be good or bad. This is a very important tool in your composing the visual elements to support the narrative and bring contrast/affinity cycles into play.

This is an easy one. Don’t pan or tilt the 360 degree camera. The viewer can make those movements around your scene on their own. If you pan or tilt this movement ruins the illusion and disorients the viewers brain. I’ve yet to experience this but some people claim nausea or feeling sick when watching the results of panning and tilting camera movement. In 360 degree movie making the viewer owns pan/tilt control, so leave it at that. 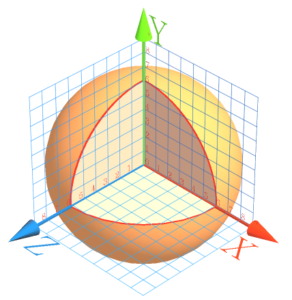 Forget the don’t move the camera rule! You’ll read in many other places to not move the camera. Break this rule. Visualize a 3D geometric space. Moving the camera on a Z axis and Y axis is good for many scenes. Up/Down or forward/back movement. Moving the camera at walking speed or slower immerses the viewer in the scene and makes footage more dynamic. Have a look at the first video “Imagine” in this ‘7 Best VR Videos’ blog post.

Think about if you want to position the 360 degree camera in the center of the action, and have the actors react towards the viewers. This makes them part of the story. Or place the 360 degree camera outside the main action. Now the viewers are an outside observer. Changing between participant and observant POV is another way of building contrast and affinity into the visual story to support the tension and release in the narrative.

Another caveat to 360 degree cameras see everything is that there’s no more – behind the camera. You’ll have to think ahead about what to do with the crew and equipment. Can you integrate crew into the action? Strategically placing audio and lighting equipment is really important unless you have a high end budget for CGI post-production to map out pieces of the 360 sphere.

This one is not about 360 degree cameras yet, but sound is so important to 360 video production I have to add it here. I say ‘yet’ because good 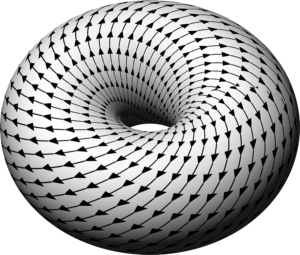 spacial audio for 360 VR is independent technology from the cameras for now. In tip three above – Good, Bad, and Ugly Camera Movement – you learned that the viewer is in control of the scene too. 360 film directors who want to get some control back use spacial audio. Human brains process sound extremely fast. With head tracking HMD’s a distinct sound that appears behind you will call your attention to that part of the sphere. Use it wisely to direct the viewer to the main story line in your 360 film.

Ambisonic and binural spacial sound is what you want to create immersive VR experiences. YouTube supports spacial audio in 360 video too. There are many microphones ways to get spacial audio. If you want to start small on a low budget, with big results, I recommend the Zoom H2N. It’s easy to hide (see tip three above) and you can achieve some good spacial audio for under $200.

VR video production with 360 degree cameras starts with brilliant ideas and objectives fitting into budgets. Take into account your budget and post-production time/skills. Then aim low, middle, high for the various pieces. Except resolution!