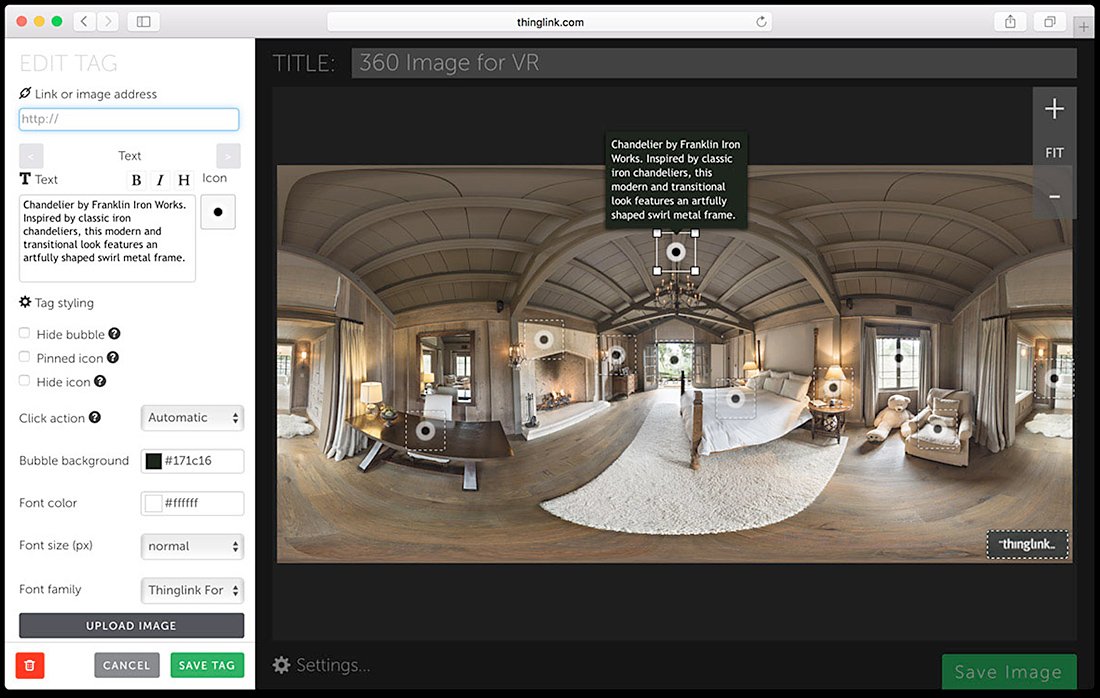 ThingLink is evolving from two dimensional image and video annotation to include 360 VR content. This evolution in the ThingLink annotation and editing product gives publishers a larger canvas to create custom experiences.

We want to make mobile VR an engaging storytelling platform and viable business for brands and publishers.

I was hired to deliver ThingLink’s first 360 VR content production. With less than half a day access to the location, I produced three high resolution 360 panoramas and three motion controlled 360 Degree VR Videos. This 360 VR content was then used as a demo for high volume retail accounts and sample content for the 360 VR editor that was in fund raising mode at the time.

Based on the virtual reality Press coverage of the new 360 editor circulating back in February it looks like our 360 VR content was a success for ThingLink.

The thing is that marketing with 360 VR content is radically new and requires a completely different approach on a fast moving technology. Annotating 360 imagery has been in full swing for more than 10 years. The added interactivity is useful and ThingLink’s major value add here is the amount of analytics they provide with paid accounts.

This could be a game changer for retail and possibly education. Although for the new virtual reality marketing, it feels like old tech. If you want to learn more about this there is a great article on Medium about Virtual Reality Marketing.

Retail VR seems best suited for dynamic 360 video. This 360 degree VR video is our motion controlled camera moving through a scene. As you can see by the table at the end I’m able to get extremely precise movements, without running into objects, and to make it feel like one is more in the scene. All it needs is hot linked products to explore and purchase. Which is easily done with the new ThingLink 360 VR video editor.

Get in touch to learn more about how our dynamic 360 degree VR videos can help your marketing, training, and explainer videos,