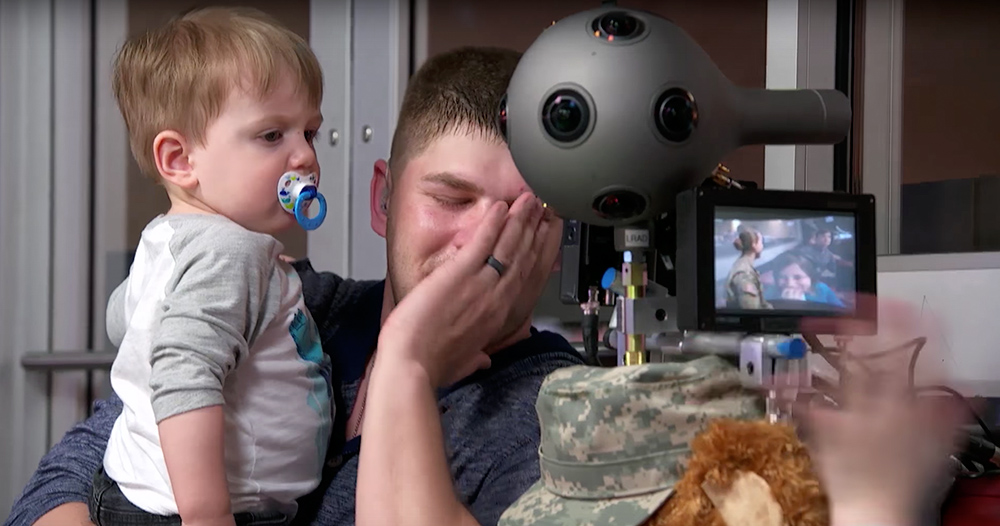 The use of virtual reality in advertising scored big with Hyundai’s real time automotive VR experience during a history making overtime. Livestreaming 360 video content, while editing in a van in the parking lot is cutting edge VR technology that was used effectively to ‘Wow’ millions of people watching on television.

A game plan used in every Super Bowl ad is to activate viewers emotional strings through story. Then infuse minimal branding at the end of the spot. Associating the brand with emotion and not selling features is the play.

Hyunndai clearly understands the concept of emotion touchdowns ~ “Watching the Super Bowl is one thing. Watching it with the ones you love is better.”

This is how Hyundai pulled off their unique automotive VR play: 360-degree live streaming pods.

Hyundai threw a Super Bowl party at a U.S. Military Base in Zagan, Poland, with big-screen TVs. Three soldiers from the 4th Infantry Division (Sgt. Richard Morrill, SPC Erik Guerrero and Cpl. Trista Strauch) were selected to watch the game in individual 360-degree immersive pods that made them feel as though they were in Hyundai’s luxury box at NRG Stadium.

Each soldiers family was in the luxury box at NRG Stadium with a 360 degree video camera livestreaming back to the immersive pods in Poland. Several projectors in the pods pointed at the walls created the immersive feeling of being at the game in the box seat with their families.

Remove the technology and tell a great story people will remember. This is a common rule we hear in the filmmaking business. The Hyundai automotive VR experience is a huge win in that regard.

Uniting soldiers with their families, who they don’t see for months or years at a time, is excellent story. Millions of viewers experienced the power of virtual reality 360 video, without a head mounted display (HMD), cords, computer, or QR code to download an app.

Hyundai scored big with this innovative use of automotive VR. That’s encouraging as a VR Producer. There are many other creative ways to use 360 video, livestreaming, projection, and interactive motion control at events. Contact me to chat about the VR solutions and opportunities for your business.