ProteinSimple is part of the Protein Platforms division of Bio-Techne (NASDAQ: TECH). They help researchers around the world resolve their protein analysis problems so they can reveal new insight into proteins and their role in disease.

The marketing team at ProteinSimple knew of the higher metrics being achieved with virtual reality marketing apps for meetings and trade shows. They were also keen on the increased level of engagement by posting 360º videos on their video marketing channels like YouTube.

We worked with ProteinSimple from the initial concept through delivery on Samsung GearVR, YouTube, and mobile VR apps for iOS and Android, which are available to the public on iTunes and Google Play Store.

Adding video and photo assets to scenes in 3D 360º gives more value to the story and communication objectives. Often our 3D compositing also helps fill out the 360 composition. My approach to virtual reality marketing with 360 media is that there has to be some element to support the narrative all the way around. And more often than not, we can cover up some less attractive real life elements found in corporate environments.

In this virtual reality marketing production we used the latest camera technology for stereo 360º video with depth maps. In post-production we added microscopic and product software highlight videos to align with the script.

Strategically placed interactive hotspots through out the VR app give the viewer agency to engage with Milo. The resulting 360 VR media experience can be used as a product demo, introductory training, and in sales presentations without the expense of traveling with lab equipment.

The entire VR media marketing project was completed in eight weeks, from the initial script meeting to publishing apps on iTunes and Google Play Store .

The life science corporate marketing team saw these metrics in one of our introductory phone calls and quickly realized the growth potential of virtual reality marketing. 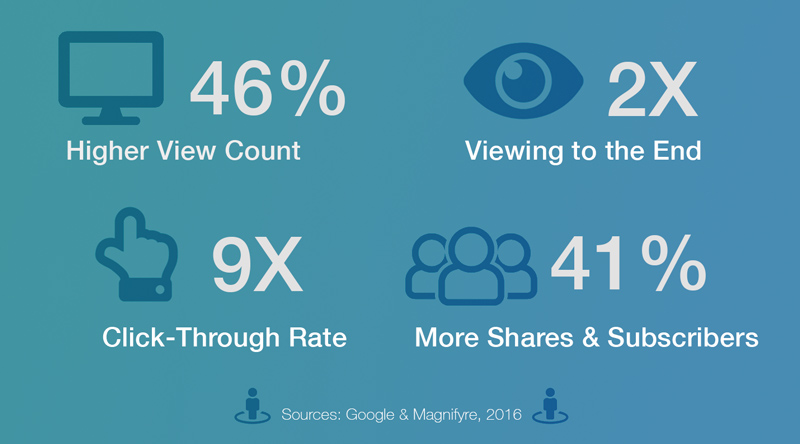 ProteinSimple provides protein analysis tools to help researchers gain a better understanding of proteins and their role in disease.

Milo™ is the world’s first Single-Cell Western platform. He measures protein expression in thousands of single cells in a single run so you can profile heterogeneity in your samples.